Three conservation areas were combined to create it. Cows and other grazing animals removed. Native wildlife such as guanacos, ñandús, pumas, Andean condors, and huemuls reintroduced. 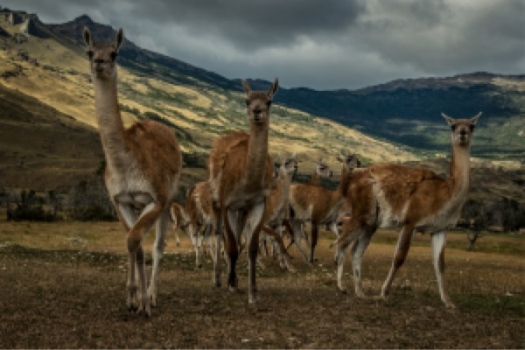 Patagonia National Park will soon be the best hiking destination on the Carretera Austral after nearby Cerro Castillo. You should hike both on the same trip.

There are already a number of high quality day hikes out of 3 established campgrounds in Patagonia National Park including:

The Park has one overnight hike called the Aviles to Jeinimeni trail 50 km (31 miles) one way.

As of February 2019 there is no hiker shuttle to and from the trailheads. You have to organize that on your own. ☹️  It’s a hassle.

Even better is the route put together by (Adventure) Alan Dixon and Alison Simon they called the Patagonia National Park trek.

They saw condors, flamingos, armadillos and even had a puma walk through their camp at night.

Read every word of their trip report.

Cochrane town is a few hours easy access south of Coyhaique. The closest public transport access to the National Park.