One of the best hikes in the world

Turks refer to it as the “Likya Yolu”.

‘Launched’ in 2000, the Lycian Way is now widely regarded as one of the most interesting long-distance trails in the world.

British ex-patriot Kate Clow was the creator. She went on to promote other Turkish hikes including  the St Paul Trail, the Carian Trail and more.

While we were there in 2017 the Turkish President’s actions were resulting in very negative headlines. Tourism suffered. Many visitors had been warned not to travel to Turkey.

That said … we’ve not heard of any issues that have ever affected tourists on the Lycian.

The Sunday Times once ranked Lycian Way one of the ten most beautiful long distance hikes of the world. We don’t agree. There are numerous sections that are boring, on pavement and/or cluttered with trash. 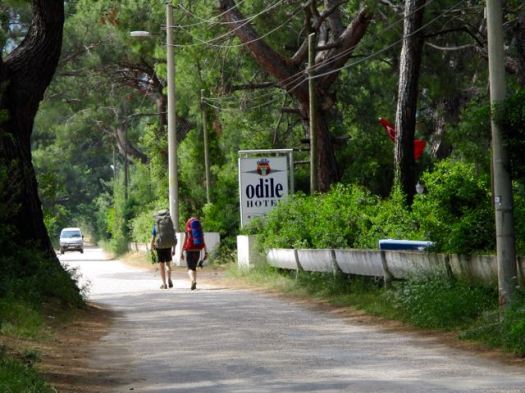 There’s no need to thru hike the Lycian. Pick and choose the sections you want to see. Be quick to jump on public transit or into a taxi if you are not enjoying any sections. 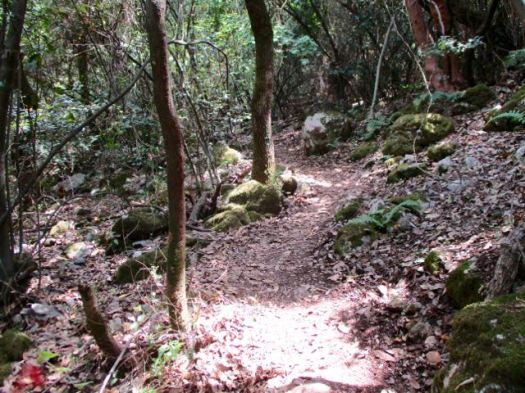 You can’t fly with camping gas. In Turkey it’s not all that easy to find canisters. Check this page – Backpacking stoves and suppliers for Turkey.

We purchased from Tibet Outdoor close to the old city in Antalya. Tibet Outdoor also offers personalized guided trips to wherever you might like to go in Turkey.

Or you could do the same 6 nights camping independently and spend as little as  $20 / night for food, transportation, etc.

Tenting you’ll likely you’ll spend closer to $27 / night / person as did Married With Luggage on their 31 day independent hike. They occasionally stayed in pensions rather than tenting.

There are no trekking fees or permits on the Lycian. But you may want to pay small entry fees into attractions along the way.

For best value bring Pounds, Euros or dollars. Change those to Turkish lira in cities as needed.

We wanted to do about a week on the Lycian. But what section?
In the end we decided to start on the beach at Mavikent near Kumluca and exit via the tourist trap Kemer. We’d recommend that week long section for people who want to stay mostly on the coast. And camp on the beach.
The highest point (which we skipped) was the summit of Tahtalı Dağı 2,366 m (7,762 ft).

You start from sea level and climb up … there.

Many are tempted to take the the Olympos Aerial Tram to the top instead.

By far the best source of up-to-date information is in Antalya. Visit the Cultural Routes Society office. You might even see Kate Clow there.

Be sure to get the most recent edition. June 2014 was the 4th edition, for example. You can purchase the guidebook on arrival in Antalya at their office close to the old city.

LP is still our favourite.

The Lycian Way by Kate Clow includes a very simplistic map. Don’t count on it for navigation. Compare the route against something with far more detail. A map on your phone, for example.

Kate Clow has a free iPhone / iPad app for the Lycian Way. It uses GPS but does not need to be connected by data. You can book accommodation, too.

The app is better for navigation than the guidebook, but you’ll still probably get lost with only the guidebook and app. An android version is planned.

There is another iPhone app available for $6. We’ve not consulted anyone who’s used it.

Questions? Suggestions? Leave a comment on this page. Our editors will reply.