Up to pee and walk down to the river (my water bottle had frozen), plan was to return to my sleeping bag until the sun hit the tent at 7:19am.

I’d not been cold wearing all my clothing layers, including down parka, in a -3C sleeping bag.

A few minutes later, the sun reached the nearby Japanese group.

The green number is their toilet tent.

Tenting groups are up and gone quickly in the morning. Yaks move in immediately for urine. Like other mountain mammals, they are salt deprived.

I took an hour before finding a way to cross the icy Langtang without getting my feet wet. Some large expedition had built 3 sections of temporary bridge. 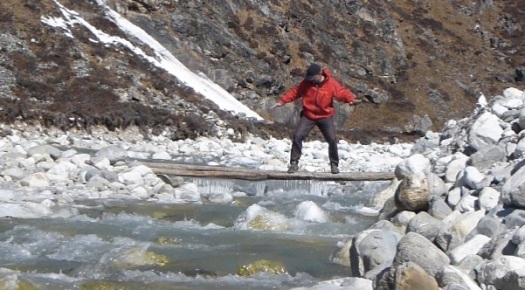 Very few each year scramble up this gap in the high mountains towards Tilman’s Pass, the Langshisha Glacier.

Major Harold William “Bill” Tilman … (14 February 1898–1977) was an English mountaineer and explorer, renowned for his Himalayan climbs and sailing voyages. …

During his extensive exploration of the areas of Langtang, Ganesh and Manang in Nepal in 1949, Tilman was the first to ascend Paldor, 5896 metres, and found the pass named after him …

He penetrated the Nanda Devi sanctuary with Eric Shipton in 1934 …

In my wildest dreams I’d hoped to join a mountaineering expedition crossing Tilman’s Pass to make a loop of the Langtang. Finishing at the luxurious Last Resort.

• trip report – Trekking and climbing in the Langtang, Nepal 2009

Even better are Bob’s notes. A Spring crossing.

Instead, I scrambled up the easy way. As high as I could go.

About 2hrs up I came across these instruments.

Utrecht University and other researchers are measuring snow and rainfall here.

This is as distant on the Langtang as I would get. I believe the lowest notch to the right of the peak is Tilman Pass.

To get there you’d descend to the glacier then climb to the notch. Ugly.

This day hike was fairly straight forward. I did need to work my way through snow at one point. 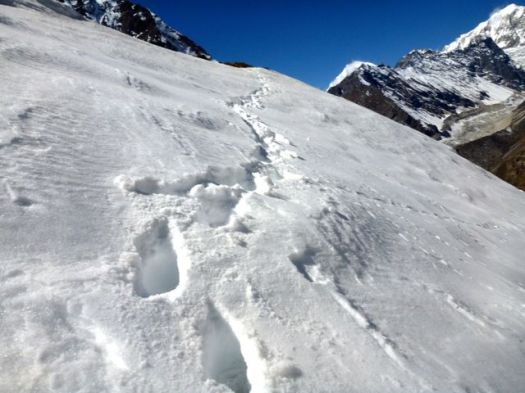 I drank melt water on the way down having brought no food nor water with me.

Psychologically I was ready to turn back. Down is easier. Right?

You do not see many wild animals on the Langtang trek, but the birdlife is plentiful and interesting. 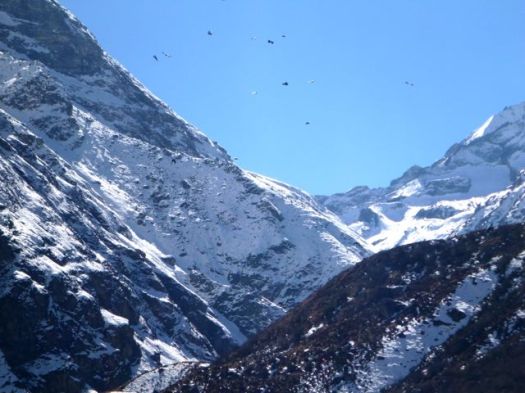 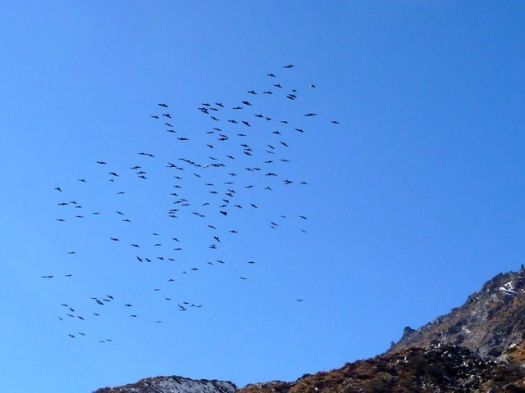 These are swarms of red-billed and yellow-billed choughs. Similar to crows.

By far the last hiker walking back towards Kyanjin Gompa this afternoon, I had – aside from grazing beasts – the valley to myself. 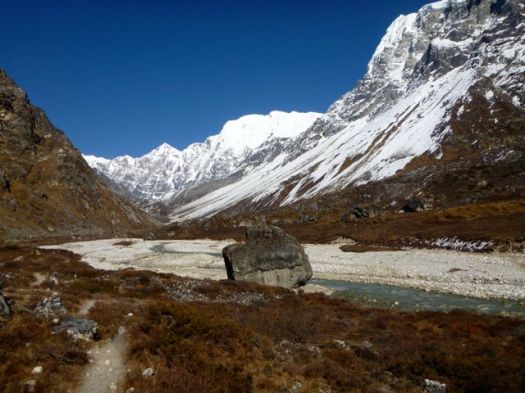 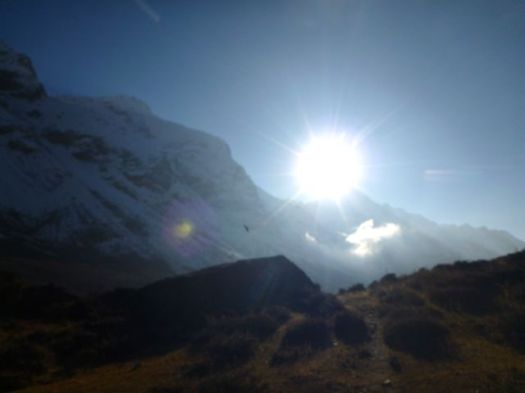 I was extremely relieved to have made it back before nightfall. Just. 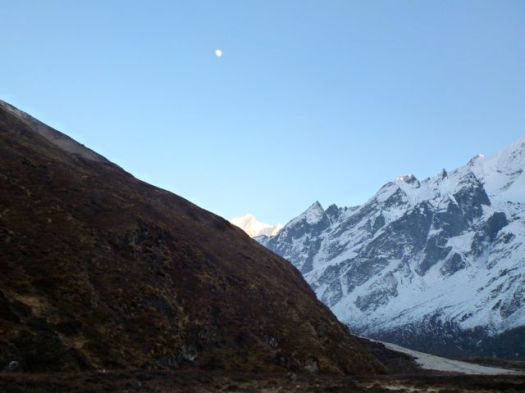 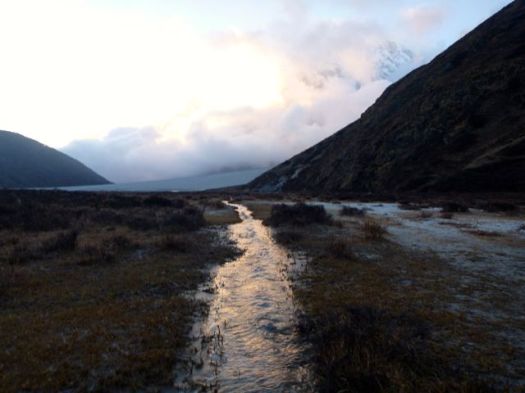 Instead of checking in to the Holyland, where I’d already spent 2 nights, I tried Dorje Bakery, instead. Turns out Dorje is not attached to a tea house. But the chef had his brother take me over to one in the family.

I slept well that night. 🙂

see all my high res photos from this day