A mountain range rising from the sea, Corsica holds the most arrestingly beautiful landscapes in the Mediterranean. From its cobalt blue gulfs and shell-sand beaches, hillsides of evergreen maquis give way to pristine oak, chestnut and pine forests, awesome gorges, alpine lakes and a spine of snow-streaked peaks and passes. Among the many trails that penetrate its remotest corners, the GR20, following the island’s watershed, is a high-level route that has won an international reputation as being Europe’s most challenging long-distance path.

I decided to hike north to south because both of the best guidebooks in English describe it that way:

The best way to get to Corsica is by air, as inexpensive flights are offered by EasyJet and others.

But I took an enjoyable (relatively expensive) train to Nice. And from there a relatively inexpensive ferry (33EU) to Calvi, the closest port to the northern trailhead. (Leaving my extra luggage in the Nice Train Station lockers.) 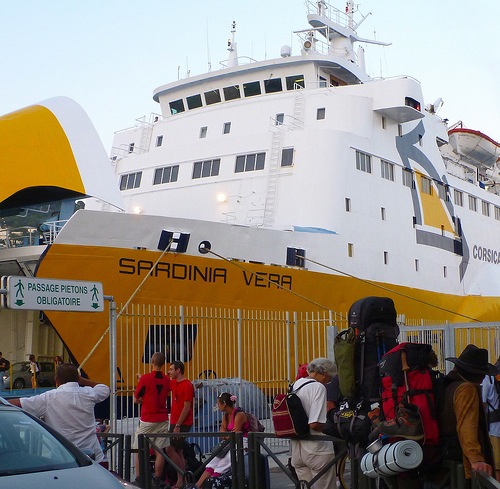 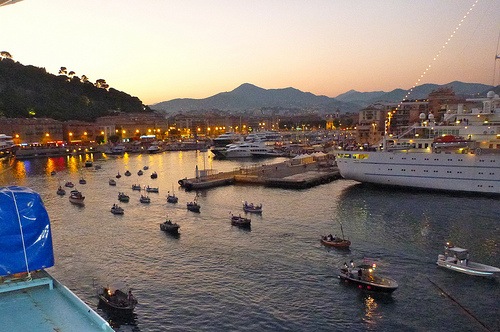 I found a quiet spot under the stars and slept soundly on my air mat, the last person on the ship to wake next morning. 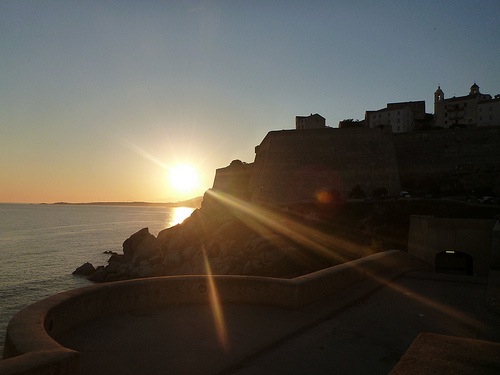 Here I am repacking for the trek, waiting on shops and Tourist Information to open. 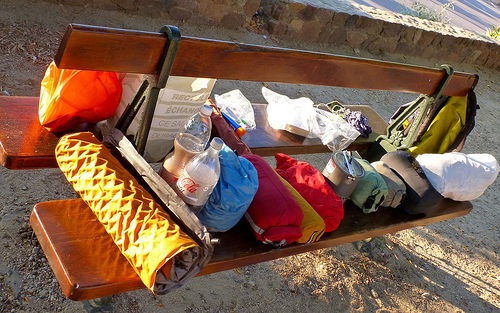 Morning coffee on the harbour. 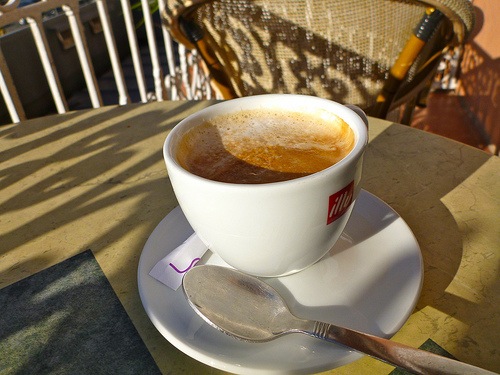 I’ll be hiking up there, in the snowy peaks, in a couple of days. 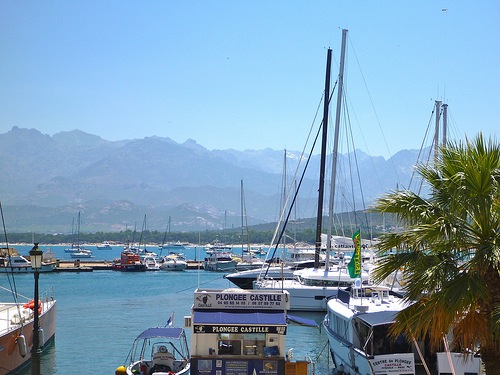 I picked up a few last minute items.

The last piece of the puzzle was stove fuel. In Calvi, Camping Gaz and white gas are available, but I couldn’t find the threaded cannisters popular in North America. Happily Mr. Costa Patrick of Hotel du Centre gifted me a couple that had been left behind by former guests. (That’s the best inexpensive place to stay in Calvi, by the way. It’s not in Lonely Planet.)

The only public transportation to the trailhead is the “school bus”, not operating on Sunday. I was forced to take a taxi charging an even higher rate on the Holy Day. (37EU for the 17km, or so, one way from Calvi to Calenzana.)

Here’s the official start, Oratoire Sant’ Antoine chapel. Say your prayers. You’re going to need all the help you can get. 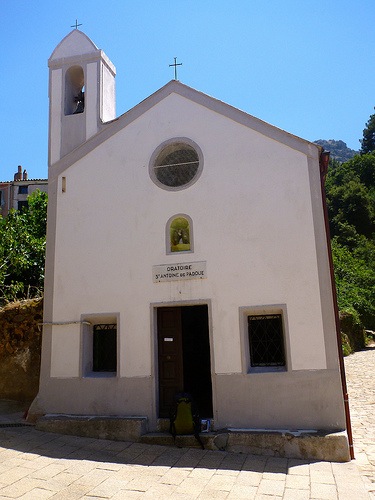 Calenzana, by the way, is a bit infamous amongst Corsicans. Some claim that Milieu gangsters from Marseille have homes here. (They ignore trekkers, happily.)

The first day’s walk on the GR20 can be a shock to the system. You leave Calenzana with everything on your back, probably in hot weather, with a question mark over the availability of water along the way. You learn which plants in the maquis are the thorniest. Lizards scuttle for cover as you approach. The ascent is unremitting – uphill all the way. You climb higher than anywhere in Britain, then climb even further, scrambling across a rocky mountainside with a big pack on your back. You carefully ration your water and wonder if it will last. When you finally reach the refuge, you take the accommodation and services as you find them, knowing there is nowhere else you can go. This day is a fine introduction to the rigours and the delights of the GR20 – it’s your baptism of fire!

GR 20 is blazed with red and white paint.

Water IS critical at higher altitudes. I was carrying 4 litres of liquid (4kgs!) to start the trek. This source will be gone in a few weeks.

Heat emergency is a big risk too. I was happy to be here in June, not end of July. 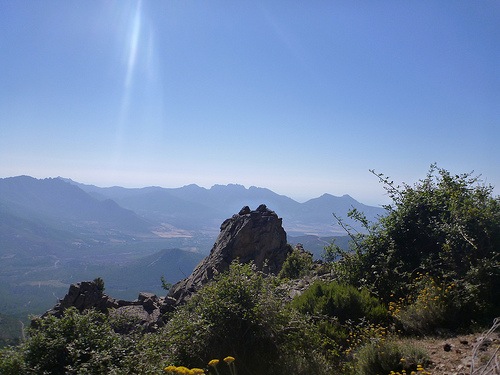 … I didn’t reach Refuge d’Ortu di u Piobbu. Instead, I set up my tent in a discrete cow patch just above Bocca a u Bazzichellu (1478m). 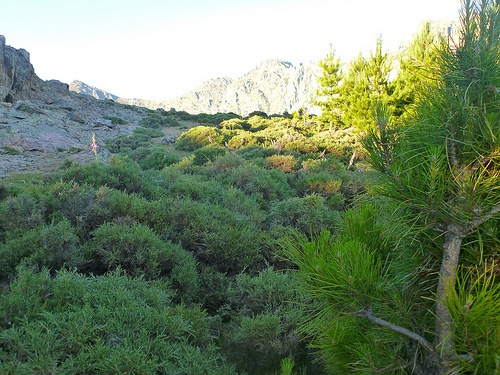 This seemed to be one of the hardest hiking days of my life, for some reason.

I was worried. Worried about pack weight. Worried whether my feet would hold up. Worried about ‘the toughest hike in Europe’. Certain that my plan to hike 180km (110mi) in about 8 days was IMPOSSIBLE.

… Chilled from overheating, I only had energy enough to munch some chocolate and dry Ramen noodles before crashing into deep sleep.