I first heard of the Tombstone Mountains in 1999 from contributor Kelly Mock. It remained in my mind a magical,  mythical hiking destination until this summer.

There are a number of ways to hike Tombstone. The best is to chopper in, hike out. At $20 / minute of flight time, we each paid over $200 for the flight. 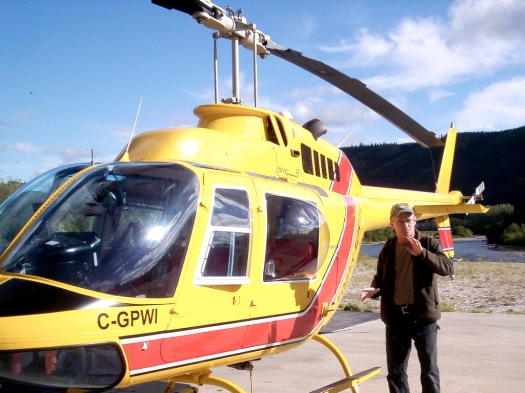 That turned out to be fortunate as the off-trail bushwhacking was much more difficult and slow than we expected. We quickly grew to hate Arctic Willow and Alder. In fact, we were forced to wild camp our second night well short of our intended destination, Talus Lake.

This was a bit of a hiking honeymoon for Dana and Bill who had been married just a few weeks earlier. 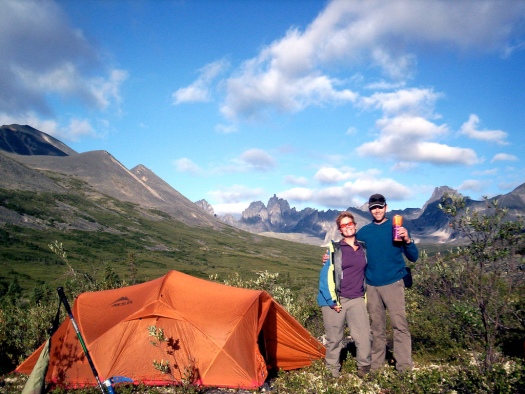 To get back on schedule, we bypassed Talus and continued to the Divide Lake campground

Dave Hayley was shocked to see new tent pads and toilets. In 5 previous trips to Tombstone he had never seen even a single other hiker.

The secret is out. It became a Territorial Park in 2004. Tombstone is now on the radar of northern hikers.

The crux of our hike was this Pass.

Bill carried an ice axe for our group as we expected the Pass to require some step cutting. But for some reason — there was very little snow on the Pass this August.

Hayley found the loose scree at the top of the Pass to be more dangerous and difficult than his past snow ascents.

Grizzly Lake campground is just as lovely as Talus and Divide.

After 5 days, 4 nights, our happy band of survivors walked out to Dempster Highway in about 6 hours. This is the closest access to the road for those who do not come in by helicopter.

Thanks to organizer Dave Hayley. This is his favourite place in the world. And one of mine too.