My big AR event is right around the corner – Adventure Sports Week. Contact me if you can come down with me.

Danelle Ballangee is scheduled to compete in the “Crux and the Crucible” at Adventure Sports Week 2009!

One of the racing world’s greatest stars and most inspirational stories is coming to compete at Adventure Sports Week in Coeur d’ Alene, June 12—14.

Danelle Ballangee is perhaps the World’s most decorated female Adventure Racer, having won Primal Quest, the Raid, the Adventure Racing World Championships, as well as dozens of other equally impressive competitions. She has also been named “US Athlete of the Year” an unprecedented six times in four different sports.

Despite her impressive resume, it was an unlikely slip that has Danelle—Nellie—to national prominence.

In December of 2006, while on a routine training run with her dog Taz, she slipped on some black ice and fell nearly 60 feet down the cliffs at Hurrah Pass, Utah, near Moab, breaking her pelvis completely in half, and leaving her bleeding internally and unable to walk. She managed to crawl over a quarter of a mile to a puddle where she could drink, and she spent over 50 hours in sub- freezing temperatures as her dog tried to keep her warm. On the third day, Taz left her, eventually making his way to the trailhead, where he was seen by the search and rescue team, who followed him back to Danelle.

After major surgery, where she received a titanium plate to hold her pelvis together, she was in a wheelchair for several months, and doctors speculated she would be unable to walk for as long as a year.

As a tribute to her strength and tenacity, Danelle competed in a solo 12 hour adven- ture race less than 6 months after her fall, finishing as top female.

Danelle will be competing at ASW representing Project Athena— http://www.projectathena.org – whose mission is to help women with breast cancer and other medical traumatic setbacks live their athletic and adventurous dreams by providing coaching, equipment, travel, entry fees and encouragement.

She will also be teaching part of the Adventure Racing Clinic, along with other super- stars such as Mike Kloser, captain of Team Nike, and AR World Champion. 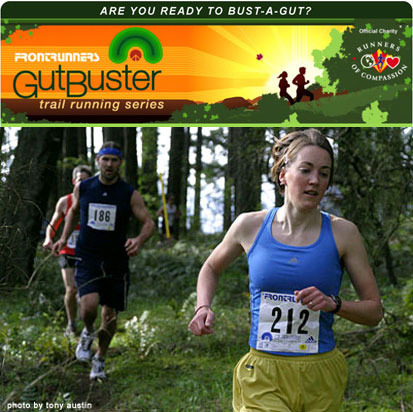 The speed record for fastpacking the John Muir Trail without resupply (as of 2007) is held by Michael Popov, who completed the trail in 4 days, 5 hours, and 25 minutes. Popov carried all of his equipment and received no outside assistance.

Popov was pushed by racing Aaron Sorensen for the record, though Aaron was forced to quit after 120mi due to foot problems.

That’s Aaron Sorensen on the left, Michael Popov on the right. They posted accounts of the “race” on Southernmostrunners.com

I don’t recommend you try to best the Popov record. Take it slow. Enjoy the JMT.

The latest update on my Adventure Racing Team’s BIG event for 2009.

The motto of this year’s event is “10 Days, 24 Races, 1 Big Party!” and the organizers and the surrounding communities are working hard to make that a reality. …

Local hospitality is only one of the things racers should expect at ASW 2009:

“We’re actually pretty pleased with how the many races are shaping up,” said event director Dave Adlard. “The
courses have all been set, and we’ve had marvelous response from celebrity and pro athletes including Ian Adamson, Mike Kloser, Rebecca Rusch, Robyn Benincasa and even Ultramarathon Man Dean Karnazes. I think between the festive atmosphere, great awards and gear and the amazing scenery, this is going to be one of the highlight events on the national racing calendar.”

Adventure Sports Week was also recognized in the recent National Geographic “Adventure” Magazine as one of the
top racing events in the US.

Online registration is now open at www.adventuresportsweek.com for all races.

New website for our big Adventure Race in Idaho – AdventureSportsWeek.com

From June 5—14, 2009, Farragut State Park, located just north of beautiful Coeur d’ Alene, Idaho, will host 24 different races and contests for outdoor enthusiasts and athletes of all ages and abilities!

With activities ranging from 4 & 8 hour mountain bike races to an orienteering meet, the official XTERRA Northwest Cup race, a Duathlon, 6 trail runs ranging in distance from 6k to 50 miles, five different adventure races (including one especially for kids!), a distance swim, a paddling event and many more, we’ve got something to satisfy the whole family!

Over 1000 athletes are expected to participate, and we want you to be a part of one of the USA’s largest outdoor festivals!

Sadly I did not make it out to the New Year’s Eve adventure party hosted by Dave and Lisa Adlard, in Idaho.

Many of my Adventure Racing Team were there. The outdoor activities were extreme due to the record snow fall in 2008. 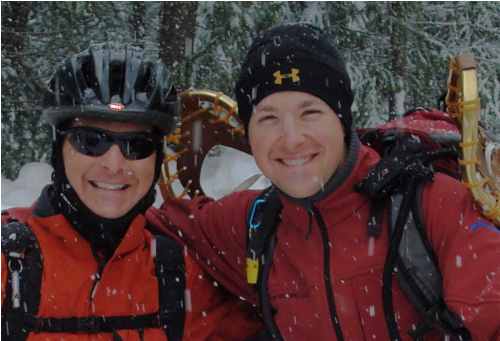 … It was very interesting to snowshoe along trails that we run and bike so often during the rest of the year: your normal landmarks are muted, and distances are thrown off, but the snow makes everything look like a real winter wonderland!

At the edge of the park, we decided to make our way to Scout rocks, which we had been to countless times on foot, but never in four to five feet of snow! We were warned that if we continued, there were no more directional signs, and no groomed trails, which suited us perfectly, and off we went.

The trail, if you can call it that, is mostly uphill to the rocks for about 3/4 of a mile, and the fact that we were walking was more than made up for the fact that the snow laden branches were now at face level.

Once we got to the base of the rocks, we started our way up the near vertical cliff, covered in feet of snow, with crevasses, roots, and boulders hidden underneath! It was awesome! … 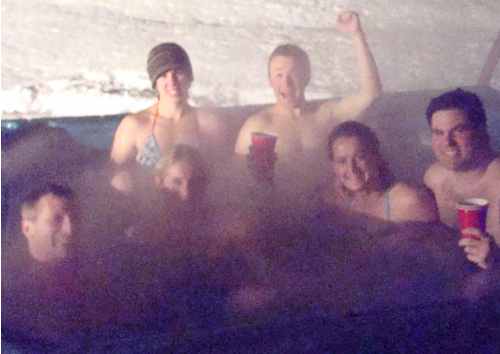 Leave a comment if you have any other recommendations.

“Waterproof” (or water resistance) is a big selling point. Here is the VholdR being used on a Jetski.

My buddy Dave Adlard is a master organizer of big events.

Adventure Week is schedule to take place June 5th – 14th, 2009 at Farragut State Park, just 30 miles outside of Coeur d’Alene. The jam-packed schedule will include a number of amazing races, including triathlons, mountain biking, and adventure races. There will also be orienteering competitions, mountain treks, and even disc golf tournaments. And endurance athletes are not going to want to miss “The Crux and The Crucible“, two demanding and rewarding adventure races that will push teams to the limits.

Details on the official website: Adventure Week 2009. (I’m the editor.)

Put the dates on your calendar now. It’s going to be FANTASTIC.

I do not (yet) own an iPhone or iTouch. But these kind of applications are tempting me.

Both these two iPhone applications are now free.

Jason Jacobs of Fitness Keeper, the developers of RunKeeper, announced yesterday that the company is going to make the application available for free …

There are other options including The Running GyPSy and iTrail. All offer more than the basic Nike + iPod Sport Kit.

The Wicklow Way is one of our best hikes in Europe.

Start in Dublin, Ireland and walk to Clonegal. That’s 127km.

Or, you might try to better the trail running record recently set (13hrs 46min) by Eoin Keith.

Or, … you can try to better mountain biker Ryan Sherlock, who (I think) owns the Wicklow Way cycling record (8h 17min).

Wanetta Beal just ran the West Coast Trail in 19 hours and 13 minutes. … As far as she and Parks Canada staff know, sheâ€™s the first woman to do the 75-kilometre route in less than 24 hours â€” instead of the usual six days.

â€œI knocked it off my list of things to do in my thirties,â€ said Beal, 35, of Whiskey Creek. â€œI feel like if I can do this, I can do anything.â€

The men’s record is Frank Wolf and Kevin Vallely of North Vancouver, 10 hours and 13 minutes. â€œThey set it on 24 July 1997, 10 days after finishing first and second in the North Vancouver Kneeknacker Race. The time measurement is from Bamfield Trailhead to the end of the trail on the west shore of the Gordon River. It includes all stopping time, including the wait for the Nitinat Ferry. This is a good and fair convention for measuring the time of future runs.â€œ