The weather was lovely in the morning. As it so often is in California.

Unbelievably I’d forgotten to bring coffee! 😞 So it was Earl Grey tea for breakfast.

No worries. I was headed 2 miles back to the Mountain Station atop Palm Springs Aerial Tramway. They served coffee. Right? … It turned out to be the most expensive java I’d bought outside of Switzerland. 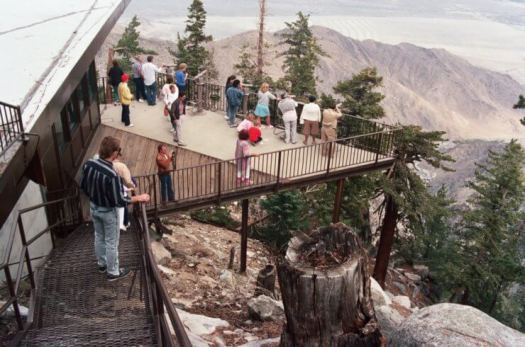 This morning the Ranger Station was open and I was happy to go register for my free trail permit.

I’d planned to take the most direct route to Idyllwild – Willow Creek trail. Unfortunately I learned it was still near impassible due to snow. My best bet was to return back the way I came and try to get through the snow to Saddle Junction.

Not having spikes or hiking poles I promised to return and take the Tramway down if the snow was too deep.

I was using the free Maps.me app for navigation at this point. It’s not all that accurate.

On the upside, this is the most popular trail to climb San Jacinto peak (10,834 ft). Crazies find a way to get up there in all seasons.

As it turned out the snow was still hard packed. It was fairly easy to quick step from one footprint to the next.

It got easier after Wellman’s Divide. 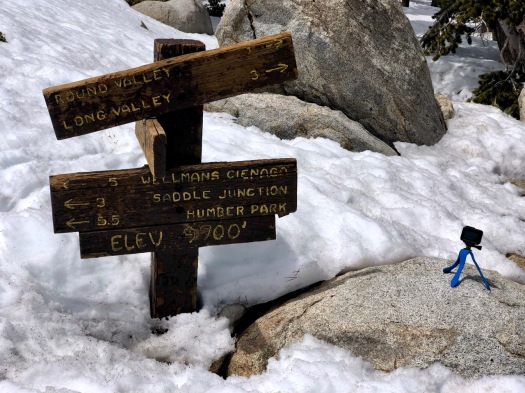 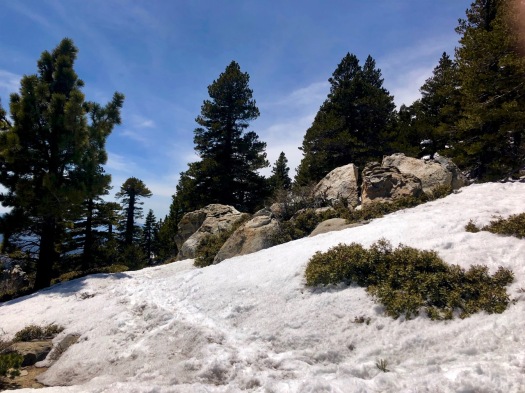 At Saddle Junction I ran into a PCT hiker in a hurry to get to Idyllwild. The Saddle is on the Pacific Crest Trail.

A teenager from Michigan, he had the smallest pack he’d seen so far over the first 10 days.

As we descended snow disappeared. The switchbacks very well graded. 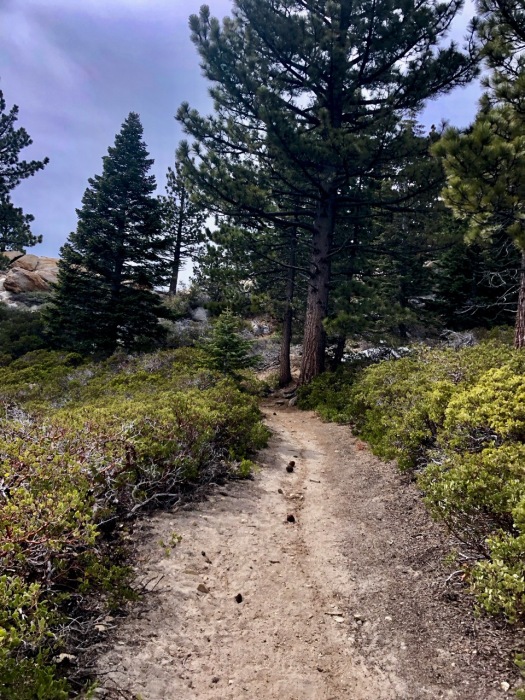 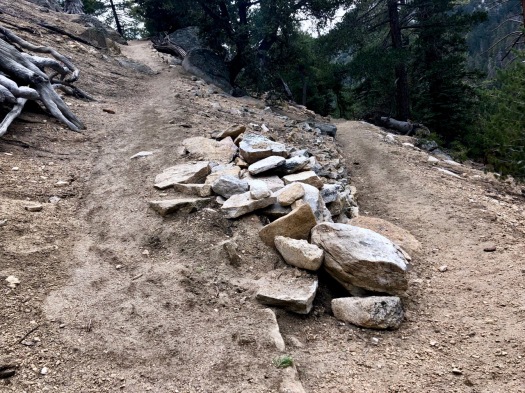 PCT hikers were waiting at the parking lot hoping for a Trail Angel to arrive and deliver them a ride to town.

It wasn’t a local Trail Angel but tourists who drove up siteseeing. They happily agreed to make 3 trips delivering dirty hikers to the $5 PCT camp site in Idyllwild (pop. 3500).

I ordered a LARGE pizza and watched Game 1 of the Calgary Flames playoff series.