It’s adjacent to the Gila Wilderness. 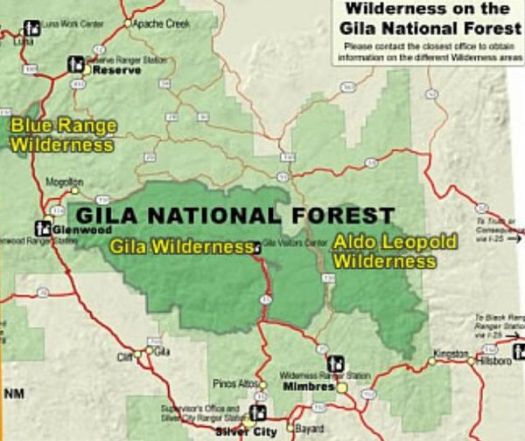 The Mogollon Mountains traverse an arc across the wilderness. The tallest peak within this range, Whitewater Baldy at 10,895 ft (3,321 m) …

I headed for the most popular Baldy trailhead – Crest Trail #182.

I never made it due to mountain road improvements January 2017. ROAD CLOSED. 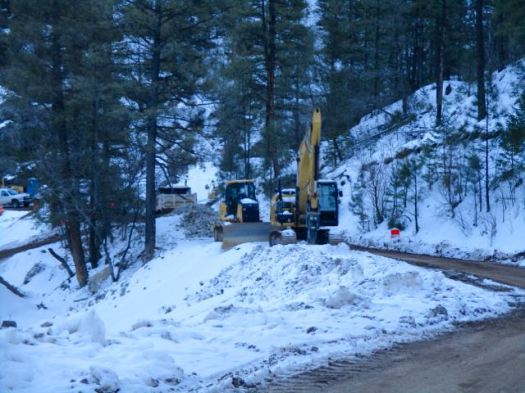 So I read some of the Peakbagger trip reports instead.

The consensus was not good: bad roads, snow into July, forest fire recovery sections, hunters.  It will not go on our list of the best hikes in North America.

The most popular hike in Gila Wilderness is the Catwalk – “… a one-mile trail suspended above a rushing stream in a gorge only a few feet wide.”

It had been rebuilt over a period of 2 years costing over $4.4 million dollars. And opened again in 2016.

I’d been advised by a Ranger that only the catwalk part of the trail was open. Hikers often continue on to #207. I would have wild camped if it had been open.

Sadly, that Ranger was wrong. It was all closed due to flooding. 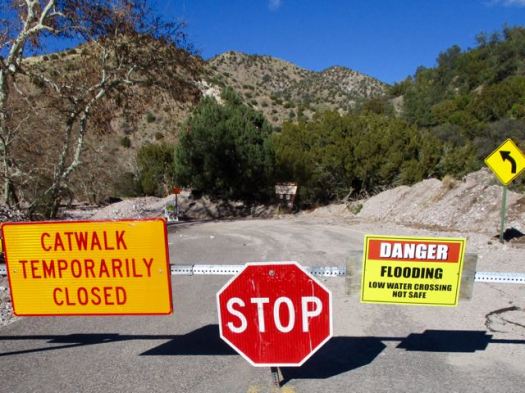 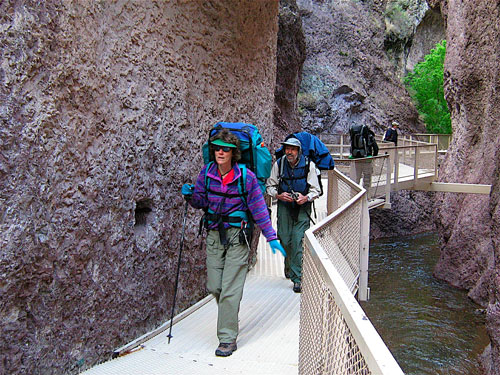 The 1.1-mile Catwalk National Recreation Trail winds through the canyon’s steep, pink walls of volcanic rock, following the path of a pipeline built in the early 1890s to provide water and electricity for the mining town of Graham.   …

LESSON LEARNED — Before driving out to hike the Gila Wilderness, phone first to be sure your trail is open.