Descabezado Grande (also Cerro Azul or Quizapu) is a stratovolcano located in …  central Chile. It is capped by a 1.4-kilometre-wide  ice-filled caldera and named for its flat-topped form, asdescabezado means “headless” in Spanish. A smaller crater about 500 metres (1,600 ft) wide is found in the northeast part of the caldera, and it has active fumaroles. … 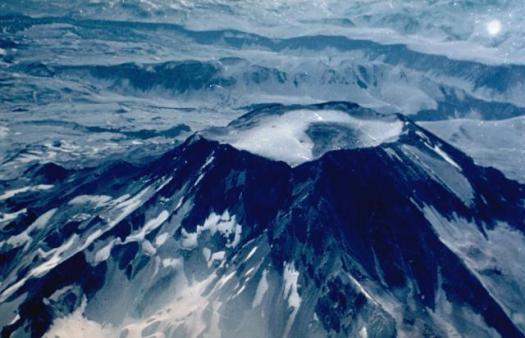 I was excited to hike section 1 of the new Greater Patagonian Trail.

That’s 103km if I had done the whole thing. Plus the optional full day climb of .Descabezado. The trek is challenging enough without that scramble.

But due to a series of problems I ended up doing something easier. An out and back from Parque Inglés.

GPS did not work as I needed it to. Topo maps were sold out at the Ranger station in Parque Inglés. Scorching sun burned my weak Canadian flesh. My good camera broke. 😦

But I had a fantastic hike anyway. 🙂

Descabezado and its nearby brothers have devastated the Andes here. The last major eruption was 1932 – Quizapu, 6km south of the main crater. It’s stark and beautiful.

Though it’s only about 250km south of Santiago, it took me all day to get there via public transportation. 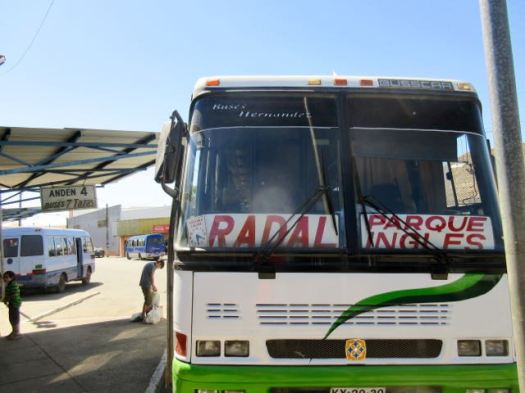 Happily in high season (Jan/Feb) buses go all the way to the CONAF Ranger Station. (The rest of the year they stop in Radal, 10km short.) It’s a bad, bumpy road up into the mountains.

On the bus I’d met Pedro and Victor, Brazilian music students who were on the road on a break from school. In fact, they carried a copy of On the Road by Jack Kerouac. 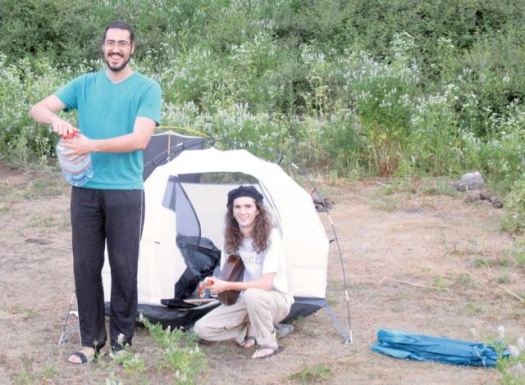 … slightly more expensive than the other options but includes free entry to the park and some hidden ‘pozas’ (water pools) that people don’t usually get to see. It’s also much quieter …

It cost us 7000 Chilean pesos each rather than the 3-4000 asked at the cheapest campgrounds, but we agreed Valle las Catas was worth it. 🙂 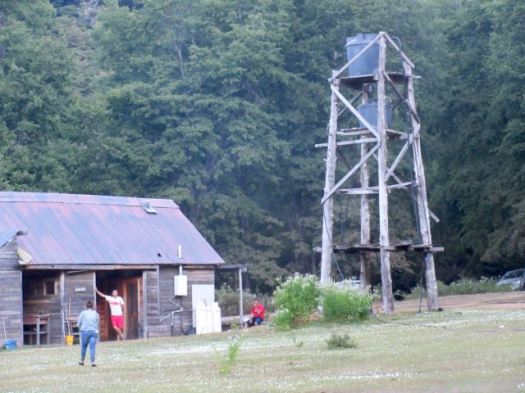 This was the first time they’d sleep in their new tent.

I’d slept hundreds of times in my own. 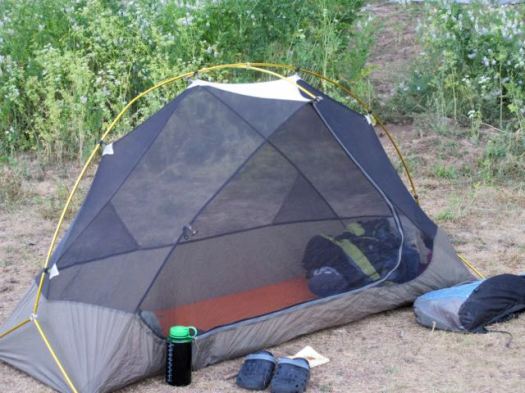 Their first meal on their new camp stove.

The campsite has a cute restaurant and shop. I ate pizza there.

We finished up the evening drinking my red wine, hanging out at the big campfire with anyone else who wished to socialize. The only language Spanish. 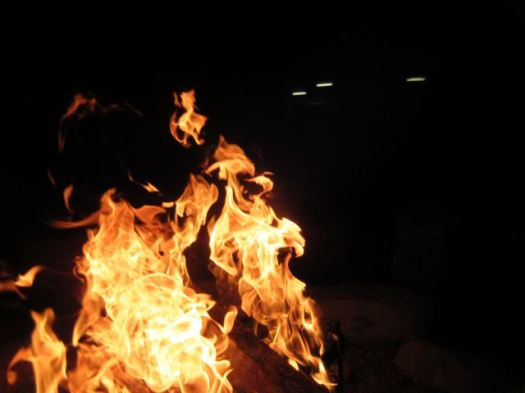