Within 36hrs of landing in JoBurg I found myself atop the Amphitheater cliffs looking down at one of the highest waterfalls in the world. 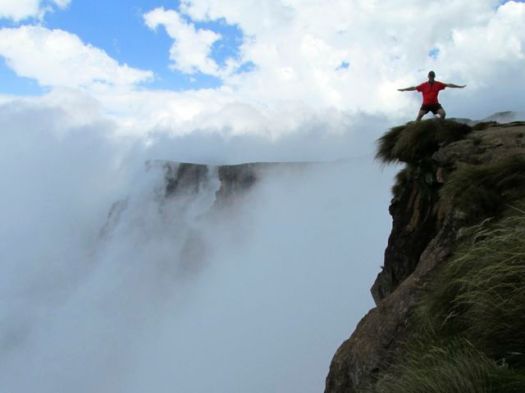 How did I get here?

Catch the Baz Bus to Amphitheater backpackers in the northern Drakensberg.

While checking into the hostel, sign up for their most popular guided hike. It’s offered about every 2nd day for about $50 all inclusive. 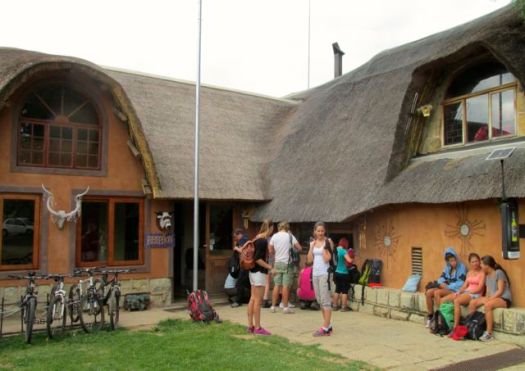 Here’s our guide “Sim” parking one of the hiker shuttle vans at Sentinel car park 2,500m (8,200 ft). This is the only official day hiking trail leading to the top of the Drakensberg escarpment. 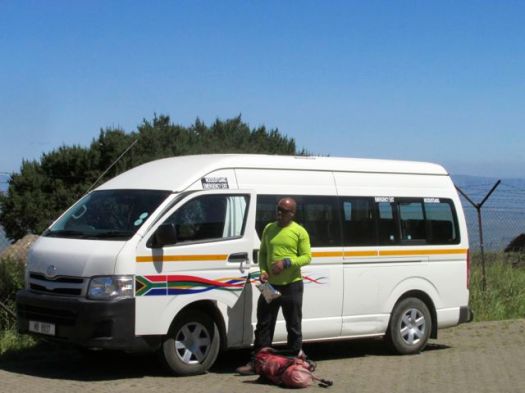 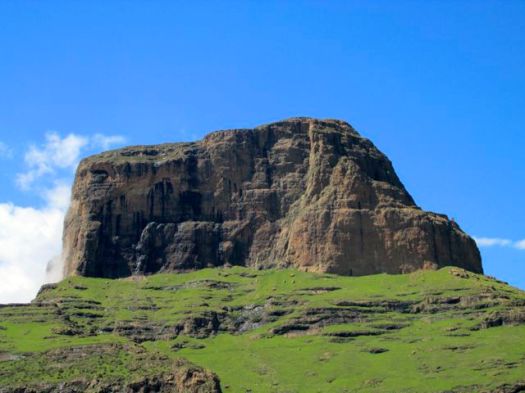 Yep. That’s the Sentinel. You cannot climb it without ropes. We’ll skirt the base.

The trail zigzags up towards the big peak. Then traverses right. 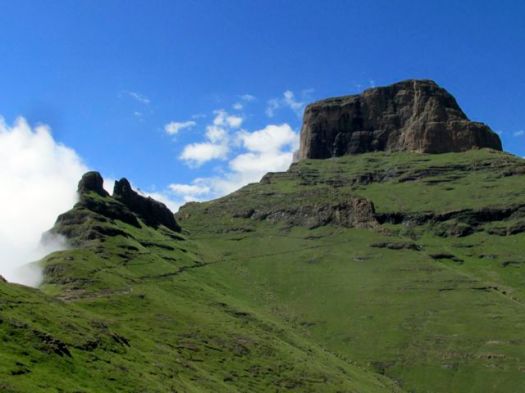 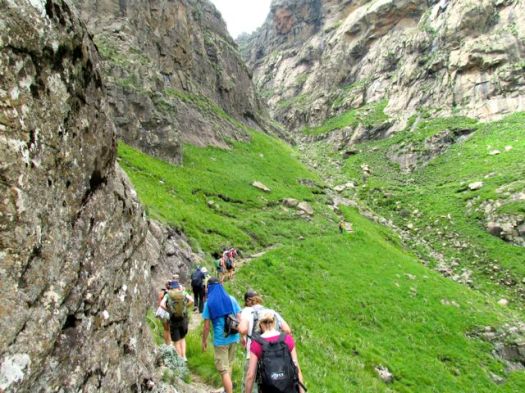 Entirely above the treeline, we did not see much in the way of wildlife. Aside from lizards, of course. 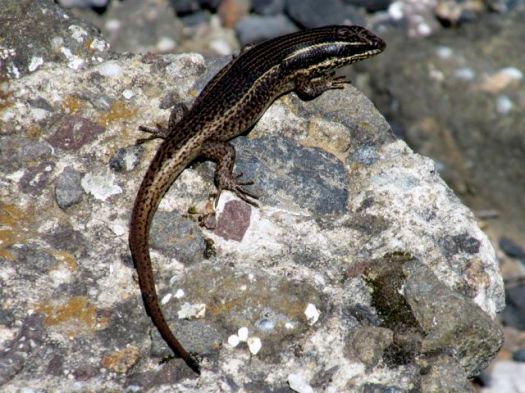 It was an easy start with perfect weather.

One short ladder on the ascent. 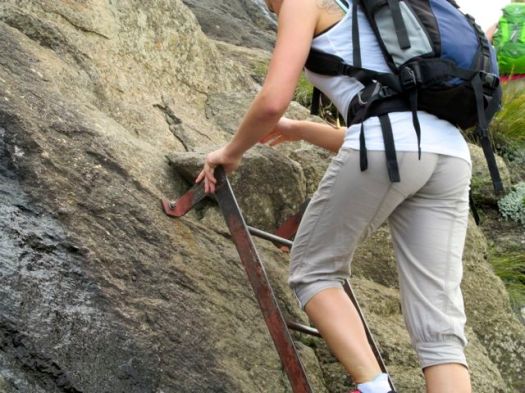 The crux of the hike is up this gorge. 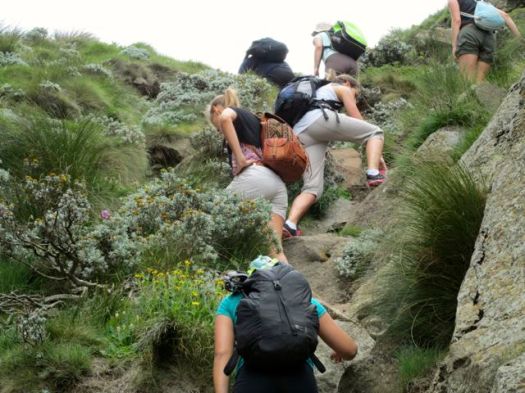 It’s a 300m scramble. Not too difficult overall.

Atop the Amphitheater cliffs, we stopped for lunch. Our guides were disappointed that clouds obscured the fantastic views. 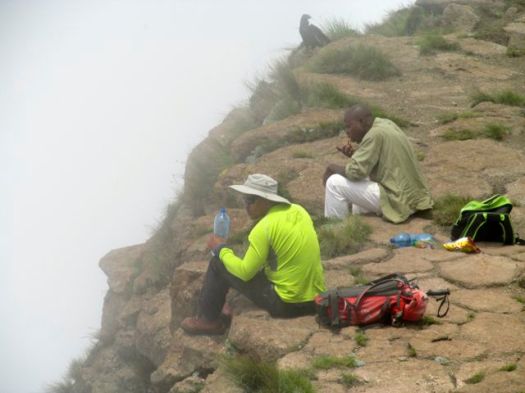 Note the big birds that stopped for lunch with us. 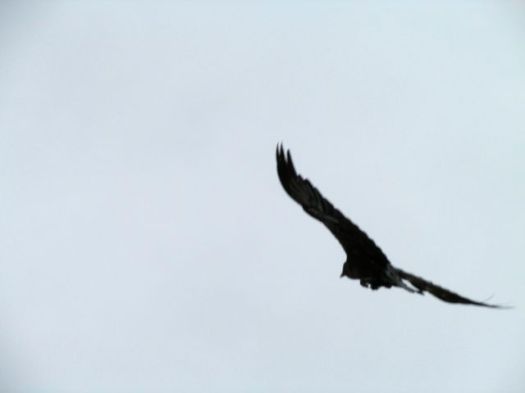 20min further is the top of Tugela Falls. 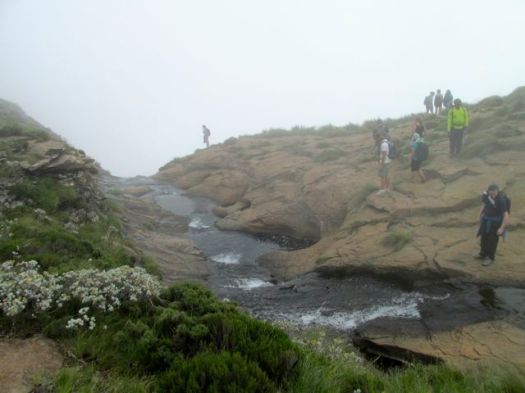 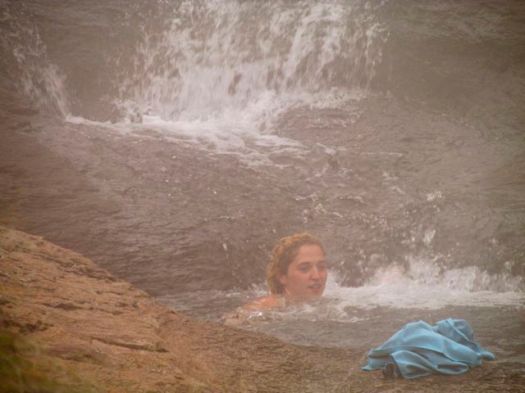 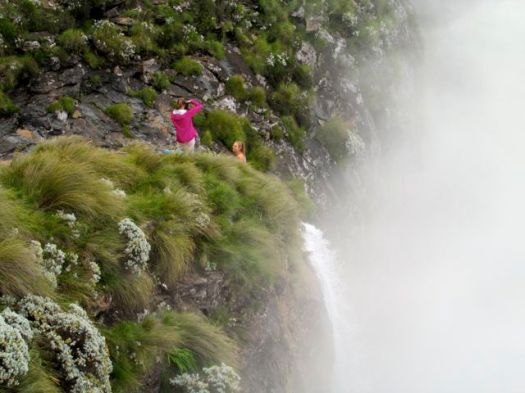 Our guide told us that one hiker fell from here on a winter trek. Slipped on the ice.

Finally I called on the old Gods and new to dissipate the clouds.

Everything opened up. And we were shocked to see where we’d been standing so casually. 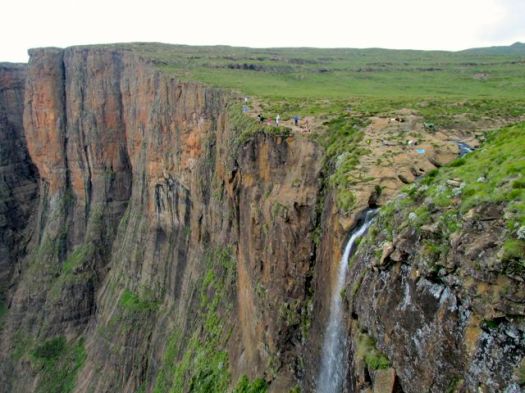 It’s about 1km down.

The Amphitheatre is widely regarded as one of the most impressive cliff faces on earth, over 5km (3.1mi) in length. 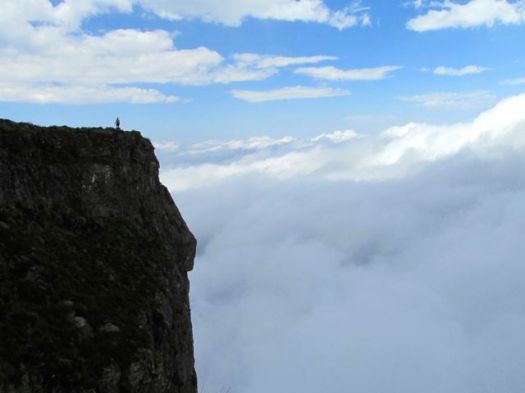 Surprisingly, these cliffs are not much used for BASE jumping and the ilk. Apparently winds are not favourable here.

One girl from Finland had been to Roraima via Venezuela. She said there were definitely similarities with the top of the Tupuis there … 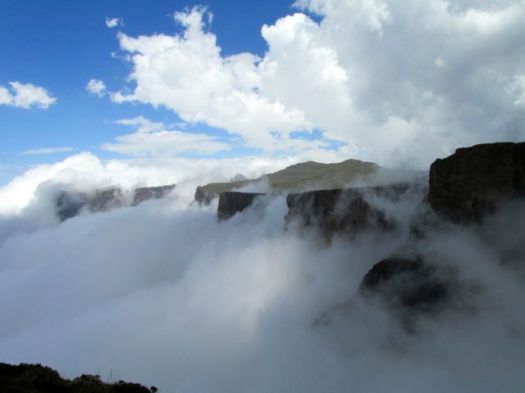 … But many differences too.

The standard route is a Lollypop loop. Rather than backtracking we descended via long ladders. 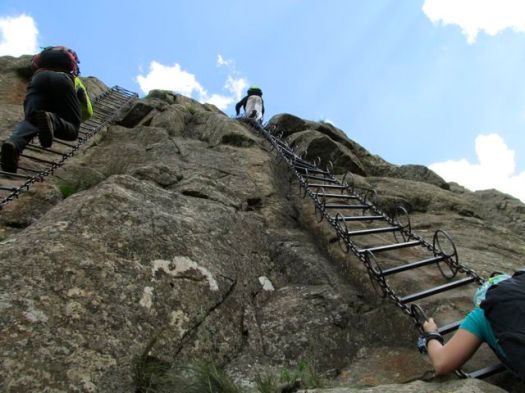 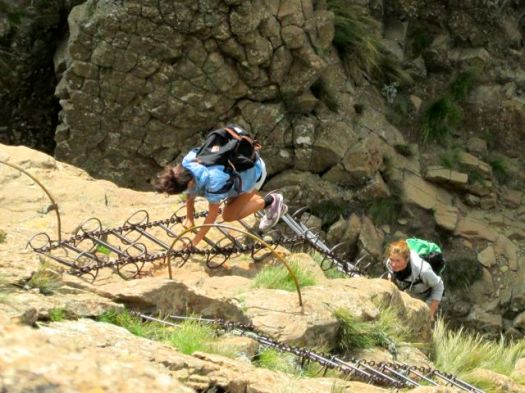 From the bottom, it was another cliff traverse to regain our original trail. 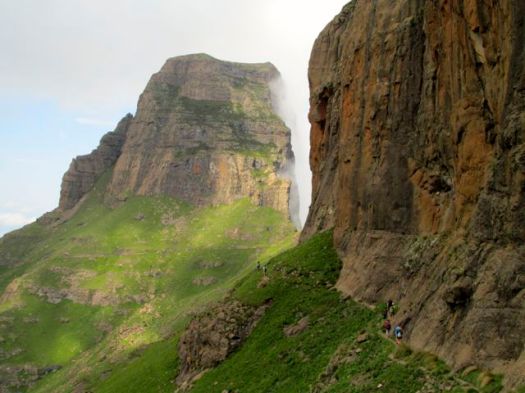 The vegetation in South Africa is different than what I’m used to. The most interesting plant is this … Pineapple something. 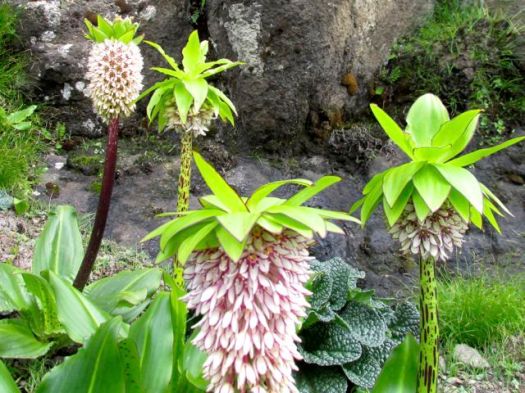 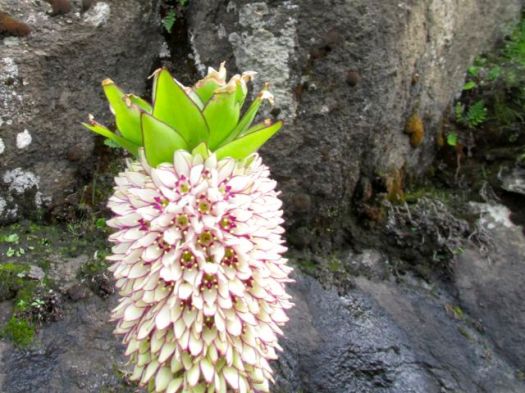 One intensely scenic day. We all left happy.

This New Yorker was on the last 4 days of 2 years of traveling. 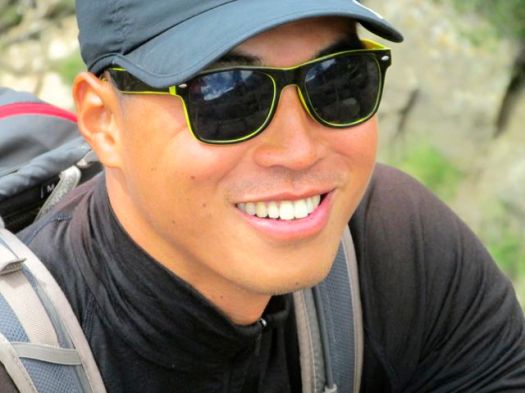 Back at the car park we enjoyed a gymnastics performance. 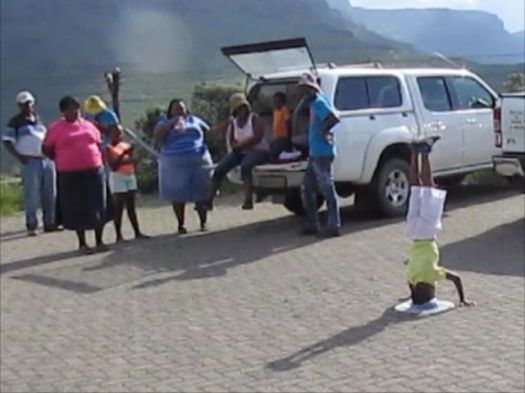 And saw one sleepy snake close to where we parked the vans.

more pics from this trek

I didn’t delete many photos as most up there in the Bergs were cool. 🙂