Lost In the Yellowstone: Truman Everts’s Thirty Seven Days of Peril is a surprisingly engaging read. One of the best survival stories ever. 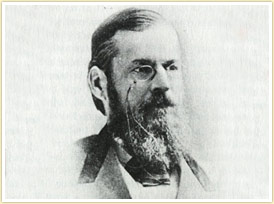 The separation began Everts’s thirty-seven day struggle for survival in a pre-developed Yellowstone in which Everts had to find what little food and shelter he could just to survive.

Readers will find this account to be a real-life struggle for survival reminiscent of Jack London’s fictional work. The editor, Lee Whittlesey, does a superb job of editing Everts’s story by providing the reader with additional information and the historical background of the book.

The work is also illustrated with many early day photographs of Yellowstone which provides an stunning visual account of early-day Yellowstone National Park. This book will be appreciated by anyone looking for an exciting true-life adventure story as well as historians of the American West. People who have been “lost” recently in Yellowstone will also appreciate the book, even if their modern-day adventure pales in comparison to Evert’s

His bad luck was horror show. Everything went wrong. He was treed one a night by a cougar, for example.

Almost his only food for 37-days was the root of a plant commonly known today as Everts thistle or elk thistle.

It’s a shame he could not catch fish. (He did gulp down a couple of mineral tainted minnows.) 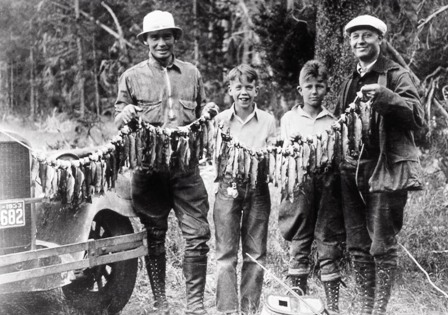 related – Yellowstone Park – Lost in the Yellowstone Wilderness: The Story of Truman Everts

2 Replies to “Lost in the Yellowstone”